THE WEAPONIZATION OF WORDS AGAINST AMERICA

“ Their throat is an open sepulchre; with their tongues they have used deceit; the poison of asps is under their lips.”

Karl Marx believed that nations could be brought under a socialist/communist system through revolution driven by economic agitation. This worked for the Marxist Bolsheviks in Russia because of extreme conditions at the time. Under the leadership of ruthless, atheist communist thugs such as Vladimir Lenin, Leon Trotsky and Joseph Stalin, a sudden upheaval and overthrow of the government was executed that introduced a murderous totalitarian state that lasted for 70 years. But this same communist strategy didn’t work when tried in western societies where the same political and economic conditions the communists had to work with in Russia didn’t exist.

Marxists recognized that the major obstructions to their agenda in western countries, most especially in countries like England and America, were the concepts of God, the traditional family, patriotism and capitalism. Thus, they adopted a strategy advanced by an Italian radical named Antonio Gramsci (1891-1937), a man, considered next to Marx himself, to be the most important and influential of all Marxist theorists.

Gramsci advocated Cultural Revolution that depended on what he called a “war of position” whereby socialists and communists would be positioned where they could subvert Western culture; where people would be made to redefine themselves and their culture; where a new collective would be developed among the masses. He emphasized the need for the invasion of, and positioning of socialistic thinkers within churches, schools and universities, media and “economic corporate” power. The goal was and is to have a collective of socialist/Marxists already in place in institutions and bureaucracies, etc. to manage the functions of the state once the existing, dominant order has been overthrown.

The United States of America has always been recognized by socialists and communists as the greatest obstruction they have to their worldwide aspirations and agenda. Therefore, early on, the overthrow of our Constitutional Republic, our Judeo-Christian based culture and our free enterprise economic system became, and has remained, their primary targets for destruction. The weaponization of words was and is an important component of Marxist strategy to this end.

Marxist theorists believe that people can be controlled through dialectical stages of operant conditioning by words. They believe, as Napoleon Bonaparte did, that “We rule the world by our words.” Socialists/communists pushing for Cultural Revolution in this country believe this. They believe, as another has said, that, “Words are the fingers that mold the minds of men.”

Americans have, for a long time now, been undergoing a reconditioning of their minds through the redefining of words and the placing of weird and crazy new constructs on them. This has negatively impacted the way a great many Americans think today as opposed to how they used to think, and why many Americans, from every walk of life, think today in ways that are patently irrational and self-destructive.

An example of the success achieved by the Cultural Marxist agenda in America is the “non-think” climate now in existence in which 70% of young people profess to prefer socialism over our present form of government. This, in spite of the economic collapse and inhuman treatment people are suffering today in places such as Venezuela and North Korea where socialism, predominates.

This, in spite of the historical fact fact that over 100 million people were murdered under socialist governments during the 20th century. These people didn’t die as military combatants or as causalities of war. These were civilian men, women and children, deliberately executed, starved and/or worked to death so that their socialist/communists masters could entrench themselves in power.

Millions of American, most of whom, in some way identify with the Democratic Party, have succumbed to the “dialectical stages of operant conditioning by words” imposed upon them by well-positioned socialist thinkers.” They have rejected the concepts of family, patriotism, individual liberty, etc. They have become despisers of those that are good” (2 Tim. 3:3). They deny the existence of objective truth and of God. Why? Because of the inroads made by socialism in our culture., millions in America now fit the description of those described in Romans 1:22: “Professing themselves to be wise, they became fools.”

Cultural revolutionaries have been very successful over the last five decades in subverting the minds and hearts of Americans through the subversion of our language. Much of our society has become the witless victim of what George Orwell, in his book 1984 called, “double-speak.” Double speak” is language that is deliberately euphemistic and obscure; intended to misinform, mislead and confuse people through the use of ambiguity and unsupported generalizations.” Words traditionally used and understood to convey a distinct thought associated with a particular thing, are turned on their heads and used in reference to something entirely different. Doublespeak, has become the “new normal” language used in government and media today.

Neither should people be called “democrats,” “progressives” or “liberals” who are, in fact, socialists and communists. Liberty-loving Americans should not oblige them in this sinister verbal subterfuge by referring to them as anything but what they really are. It was socialist thinker George Bernard Shaw who said, “I, who said forty years ago that we should have had Socialism already but for the Socialists, am quite willing to drop the name if dropping it will help me to get the thing.” Socialists in America did “drop the name” a long time ago and took up the name of “Democrat.” But thief and a murderer by any other name is still a thief and a murderer.

The manipulation, misuse and merchandise-making of words is commonplace and rampant throughout our society now. The impact of this hasn’t been good, and the outcome will be tragic. Historian Paul Johnson has written, “When we are dealing with concepts like freedom and equality, it is essential to use words accurately and in good faith. The correct and honourable use of words is the first and natural credential of civilized status.” In his book, Enemies of Society, he has written, “A man who deliberately inflicts violence on the language will almost certainly inflict violence on human beings if he acquires the power. Those who treasure the meaning of words will treasure truth, and those who bend words to their purposes are very likely in pursuit of anti-social ones.” Socialists are the ultimate anti-social people.

Americans, especially Christians, need to resolve not to buy into the stupid and sinister use of words that is such an integral part of the goal of the cultural revolution aimed at overthrowing of our Republic and our way of life. We should be offended by newscasters who refer to murderers rapists and thieves as "gentlemen" when reporting on their crimes, and to anti-American politicians as "statesmen." We need to drop the use of words like “gay,” to describe a lifestyle that is anything but gay, and reject language that refers to morally degenerate celebrities as “icons” and “artists” and “national treasures.” We should resent and resist these attempts to manipulate our minds.

Furthermore, we need to be non-participants in the deception that is in play where socialists and communists palm themselves off as “Progressives,” “liberals,” and “Democrats.” The same goes for calling people “pro-lifers” who are in fact nothing more than stone cold killers of babies in and out of the womb and/or promoters and patrons of these stone cold baby killers. “Words, like glasses, said Joseph Joubert, “obscure everything they do not make clear.”

Many centuries before Paul Johnson, Joseph Joubert, Karl Marx or Antonio Gramsci, the great Chinese philosopher, Confucius (551 BC-471 BC) said, “When words lose their meaning, people lose their liberty.” Wise, observing and discerning people have always understood this in connection with the importance of the honest and careful usage of words We need to resolve, teach our children to resolve, and encourage refuse to resolve, not to listen to or speak anything other than the language of truth.

“And ye shall know the truth and the truth shall make you free.”

HOW CHRISTIANS MUST RESPOND TO BARBARISM IN AMERICA

FOR PREACHERS: THE USE OF NOTES AND OUTLINES

HOW MUCH TROUBLE DOES IT TAKE TO INSPIRE YOU?

LESSONS TO LEARN FROM JANUARY 6TH. 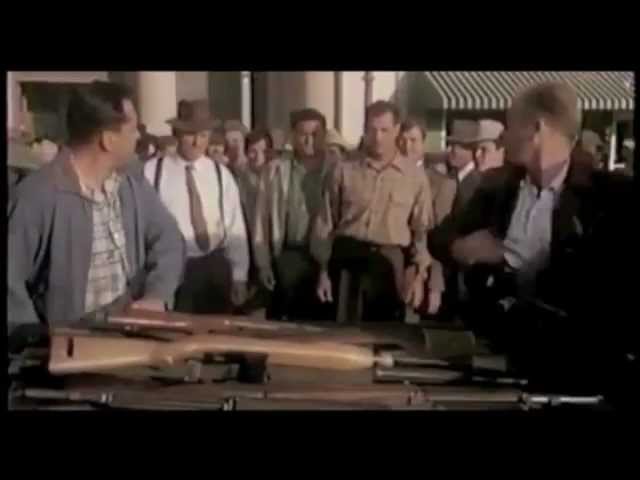 TYRANNY THEN AND NOW

PASTORS AND CHURCHES AND RESISTANCE

PROGRESSIVE "CHRISTIANITY" IS AT THE ROOT OF WHAT'S WRONG